Jon Ein is Marchay’s co-founder and original backer. A private equity and venture investor by day, Jon is a passionate traveler and dedicated foodie. Until recently he was based in Paris, living in the 7ieme arrondissement, a deux pas from the Champs Mars and the market stalls of the Rue Cler. Here he tells his friend Alina Cho, a Paris regular herself at the fashion shows, about his favorite addresses.

YOU LIVED IN PARIS FOR MANY YEARS, WHAT DO YOU LOVE MOST ABOUT THIS CITY?

The sky. Coming from New York, which is so dense, Paris is low and wide. This is why it’s so pleasant and calming to just walk around.

For luxury, I love the Bristol. Its classic old Paris but has been beautifully renovated and the pool is great. The new La Reserve, also in the 8th but closer to Le Grand Palais, is gorgeous and may be the best pure luxury hotel at the moment. For an insider and private experience, I stay at No Address, which has 14 apartments, highly serviced and where many entertainment and sports stars stay. For boutique, I think the new Le Saint is beautiful and the best location you can imagine on the border of the 6th and 7th.

I used to live in the 7th so La Fontaine de Mars, where President Obama went when he visited, was my local place and a classic. Chez Georges on Rue du Mail in the 2nd is good and fun, and Joséphine Chez Dumonet is also fantastic, especially le confit de canard. 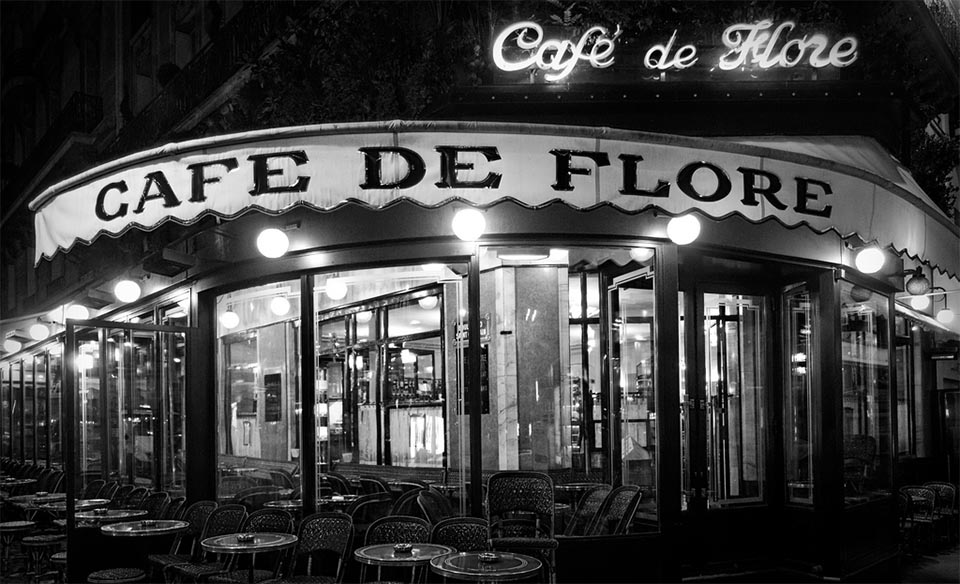 BEST PLACE TO GET COFFEE AND A CROISSANT IN THE MORNING:

It’s really hard to beat Café de Flore on Boulevard Saint-Germain as the coffee is good, the hot chocolate is transformational and the people watching is legendary.

BEST PLACE FOR A NIGHTCAP:

I always like the bar at the Park Hyatt; they have great cocktails and it’s a sexy, modern room. The Hemingway Bar in the back of the Ritz is one of the worlds great bars.

LE BAIN DOUCHES WAS THE ULTIMATE PARISIAN NIGHTCLUB IN THE ’80s AND ’90s, WHAT’S THE 2016 VERSION?

There’s nothing that compares because Bain Douches was a cultural phenomenon, like Studio 54. Bain Douches has been recently reopened as a fun boutique hotel, restaurant and club, but nothing compared to what it was. The two places I like to go to are Silencio, a private club for the creative community, and Raspoutine, a beautiful room covered in red velvet packed with models.

BEST MEAL YOU EVER HAD IN PARIS..

It’s a little cliché but I love L’ami Louis. It’s insanely priced for what it is, but such a fun room filled with a celebratory energy. Also, while it is basically bistro food, it is expertly prepared with the best ingredients — maybe the best roast chicken I have ever had.

There are so many, but the new ones I like are Clover by Jean-François Piège, Spring by Daniel Rose. Pottoka by Sébastien Gravé and Septime by Bertrand Grébaut. Dinner reservations are hard to get at all of these restaurants, so try to book a table for lunch.

BEST PLACE TO TAKE A DATE:

Le Voltaire on Quai Voltaire is a small, classic but gourmet bistro with a lot of history and character. While it is popular with affluent tourists, like L’Ami Louis, it is a place your French friend would take you as well. One of the toughest tables in Paris, it’s best to book early.

3 THINGS YOU MUST DO IF YOU VISIT FOR A WEEKEND:

See one major museum exhibit. Take one great walk, like across Ile Saint Louis through Saint-Germain. Have a great dinner.

Musee Rodin, especially in Spring when you can walk the sculpture garden.

Colette is beautifully curated, especially the electronics and the shoes.

FAVORITE THING TO DO IN PARIS THAT DOESN’T COST A DIME:

It costs a dime, but go to Rue Cler, the most famous market street in Paris, and buy supplies at the boulangeries and specialty shops. Then, walk over to the Champ de Mars, the park behind La Tour Eiffel, and have a picnic.