“The bizarre world of Internet discounts let retailers and brands assert that you are getting a stupendous deal because someone, somewhere else – exactly where is never explained – is being charged much more.”

Amazon recently announced that it was ending “list pricing” in its product displays in response to criticism and consumer lawsuits. A list price is some price established by the manufacturer which is much higher than the product is sold for publicly, and then presenting that difference as a “bargain” or “sale”. Although essentially false, this comparison triggers a strong sense in the consumer that they are getting a good deal.

At Marchay we found this move against list pricing interesting since the online travel business is infected by these misleading price displays.

When you search for a hotel on Booking.com, the leading OTA, you often see a room price with a red line through it and a lower price displayed in red. This is often accompanied by an admonition that there are only a few rooms left, that this is a low price, or that the price might go up if you do not act fast.

If you press on the (?) and read the fine print, however, you see that this discount is not compared to the hotel price or another site, but is compared to the price for that room on another day. Specifically, the site takes the third highest price during a 30-day window from your date, and takes any difference as a “discount”. 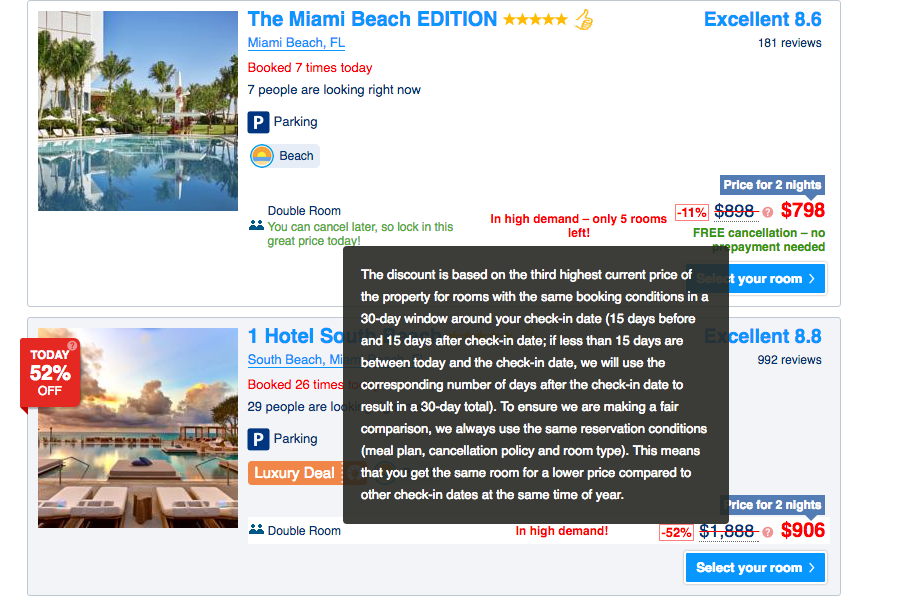 Most hotels have dynamic pricing, with different pricing depending on occupancy. A New York hotel room on a Sunday is most likely to be significantly less expensive than the same room the following Wednesday, a busy day for work travelers.

So when Booking.com displays your Sunday room search as a discount, it may be technically true because it does not make clear the reference price, but in substance it is false because it is not a like for like comparison. These displays are carefully crafted to make it seem like Booking.com is providing you the discount for that room on that day, rather than being a public rate that happens to be lower than on another day.

The reality is that hotel pricing is governed by a legal structure called “rate parity” which means the room will not be sold online at any public site for less than on any other site. This is demanded by the OTA’s to sell a hotel inventory, so they are not undercut in pricing by another site or including the hotel’s own site.

This system has become a big problem for hotels, who have guests visit the hotel website to check out the property and rooms, but then book through an OTA because they are conditioned to think that they are getting a “deal.” The OTAs take a commission, often 20%, which decreases the revenue to the hotel. In response, hotels have started to show the price on OTAs along with their prices on their site, to make clear that there is no difference. 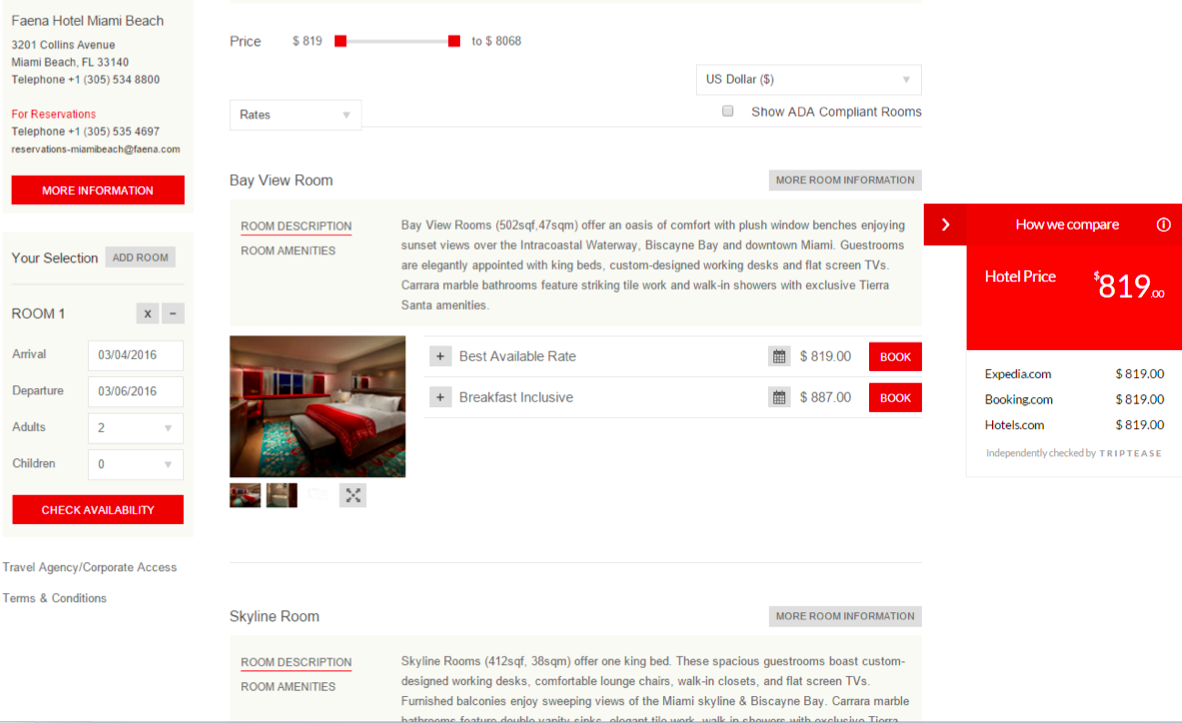 At Marchay we feel this is a symptom of a larger problem in the travel market where there is a lack of transparency and a loose use of terms when messaging consumers. Some travel providers talk about having preferential rates, but what they really mean is their commission structure is better than industry standard for certain hotels. We also see people message about having special rates when what they mean is they have benefits like Virtuoso, which is a great value added to the consumer but widely available among luxury travel agents and not related to rates.

There are some ways to get better than public rates in hotels, such as wholesale sites. Booking.com does have a Genius program for its frequent customers that provides 10% off, and we have found some good rates on Booking.com for international bookings mainly due to currency discrepancies. But really, the only way to get material discounts on hotels is to be part of a non-public group with volume that does its own contracts, like a large company or…..Marchay.

Like Amazon, we feel the OTA’s would do well to eliminate list pricing and false comparisons. This would create more trust in the system, less of a need for price shopping and a more positive client-industry dynamic.